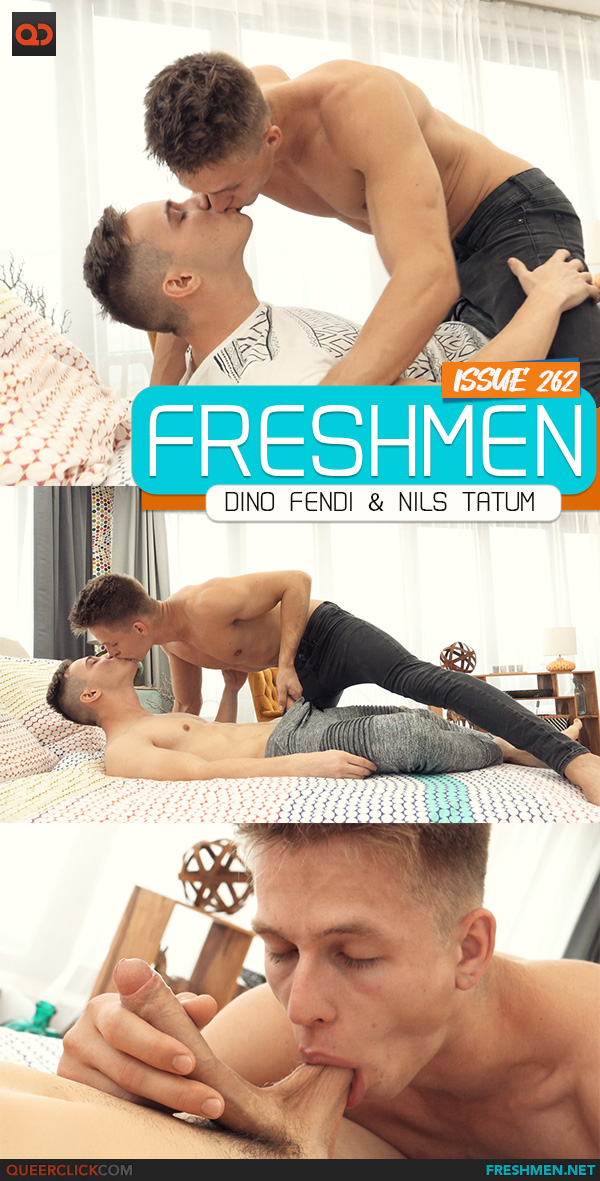 It’s been a while since Freshmen had a Nils Tatum update onthe website as he no longer really qualifies as a ‘freshman’. But today he is paired with Dino Fendi who most definitely does. Nils meets Dino during an introduction for his promo video with Viggo.