Is This Billy Santoro in His New Job? People on Twitter Weighed In! 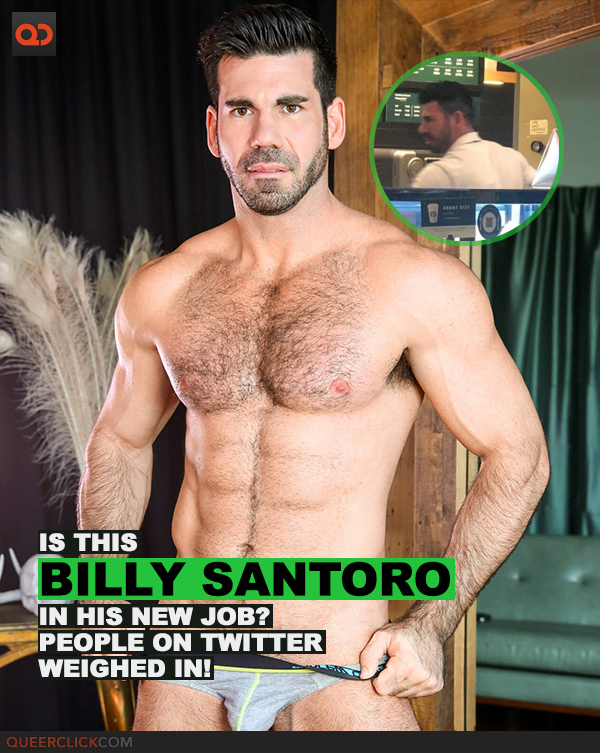 A viral tweet shows what could be the adult entertainer’s new gig but the meme received different reactions from people.

Twitter sleuths were in investigative mode figuring out if they are seeing the infamous Billy Santoro behind the Starbucks counter in a tweet posted as a meme.

how it started how it’s going pic.twitter.com/d6RV6qRFku

Some saw the tweet as funny for insinuating Billy Santoro‘s fallout after being involved in multiple controversies over the past years.

the muscle gay version of this image pic.twitter.com/fILI25mS0j

I hope he makes better coffee than life choices

when he shows his hole for tips

Now he’s like, “hey everyone! Wanna see how many Venti cups I can fit in my hole!? Tips are appreciated.”

Meanwhile, some people criticized the meme and said it’s distasteful and classist.

You can dislike someone without being a classist bitch, shaming people who are employed in customer service / working class jobs. Him being trash doesn’t justify more trashiness. https://t.co/QhdanXWj38

On the surface, but many are just taking this opportunity to attempt to ridicule some1 bc they think hes working as a barista. Thats the problem with the “community” they think theyre better than every1, He has said some terrible things, absolutely abhorrent but this is bullying

But there are people who stood behind the tweet.

Now, there’s fuck all wrong with being a barista. They work hard and are highly underappreciated. Treat and tip your baristas well.

Because you were a racist dumbass fuck.

The question posed though, is this really Billy Santoro? Well, some responded that it could really be him.

bill was the manager of the coffee shop i worked at in college so this actually makes total sense. hopefully he’s not still trying to fuck his 18 year old employees by inviting them over to his house and getting them drunk lmao https://t.co/aVW9pdS0es

I’m pretty sure he worked for Starbucks corporate once upon a time when he lived in the Pacific Northwest… he has a couple degrees 🤷‍♂️ it’s very likely if he’s at a Starbucks he might be running it? Who knows though, but there’s absolutely nothing wrong with some1 working a job