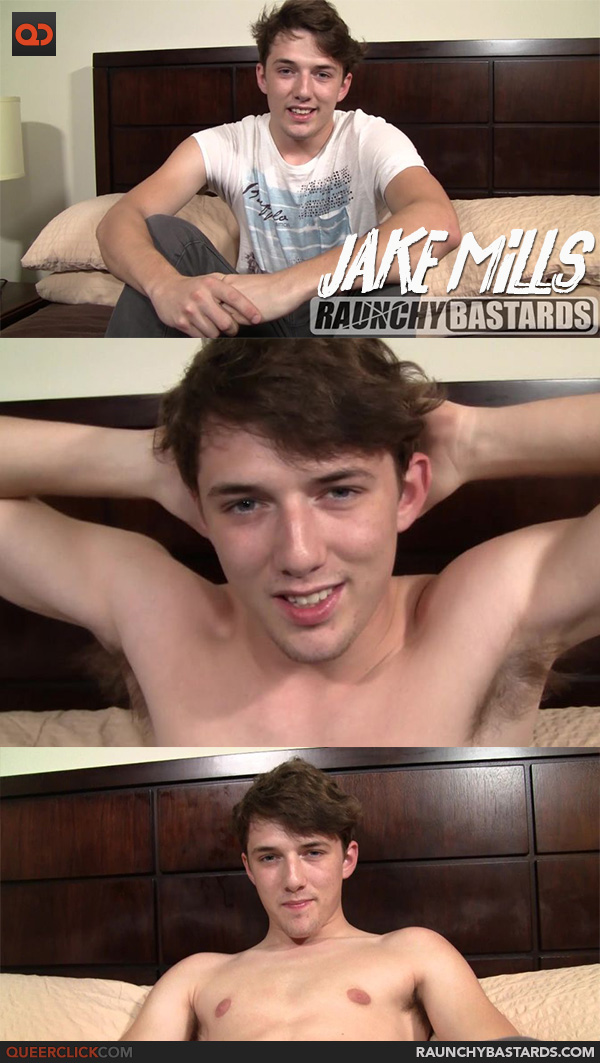 From Raunchy Bastards: I had almost forgotten about Jake Mills, but I received a few emails about him based on his Tutor Him scene, and only then did I recall that I had shot a sensual solo of him a month after he had turned 18.

He is the kind of teen that I like: sexy, masculine, a little awkard, with a nice cock and great ass. He was having some personal living situation problems when we met, and he needed some cash badly. Unfortunately, I lost track of him as easily as I found him. That’s quite common with guys like him. At least I have this and the hand job video to remember him by.